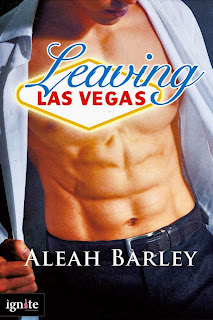 "I'm so glad what happened in Vegas didn't stay there. A sexy, fun, thrilling romp of a romance that had me alternating between a swoon and laughing out loud."
~Robin Covington, bestselling author of the Boys are Back in Town series.


Find it now at Amazon or at Barnes and Noble!


When West Virginia wild child, Glory Allen enters a private poker game with her town’s dreams at stake she loses it all. To make matters worse, she’s trapped in a car with the sexy but infuriating man who won—and accused her of cheating. Now because of him, she’s on the run from the mafia who put out a hit on the stuck-up casino magnate with the toe-curling good looks—and he isn’t even her type. So why can’t she cool the explosive chemistry between them?

She’s out of control…and she’s enough to drive Luke Tanner crazy. Yet she’s the only one willing to put her neck on the line…for him—a complete stranger she professes to hate. Now he’s in debt…to her. And it’s a debt he’s willing to work off any way she wants…on the hood of his sports car, in a waterfall—wherever she’ll have him, he’s willing to pay the price.But the stakes are raised when they return to West Virginia—helping Luke escape has put Glory and her hometown in the sites of someone who wants him dead. This time Glory decides she’s not going to end up empty-handed—it’s time for the winner to take all and she won’t stop ’til she wins his heart.